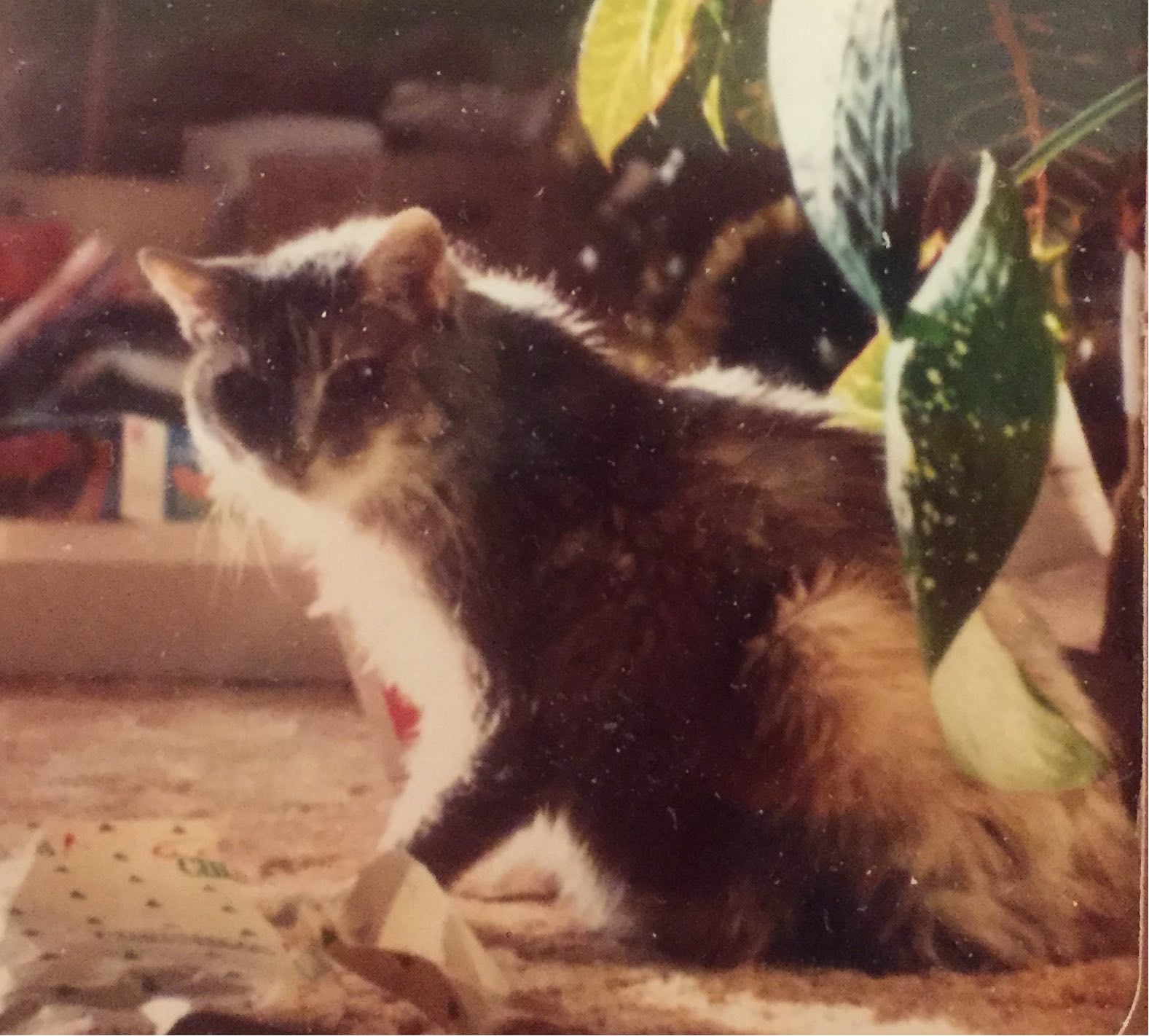 As for Frosty, we always joked with our neighbors that we would take her to Duster’s Corner, to the bar, when she reached 21. Curt said he would believe it when he saw it. Unfortunately, the 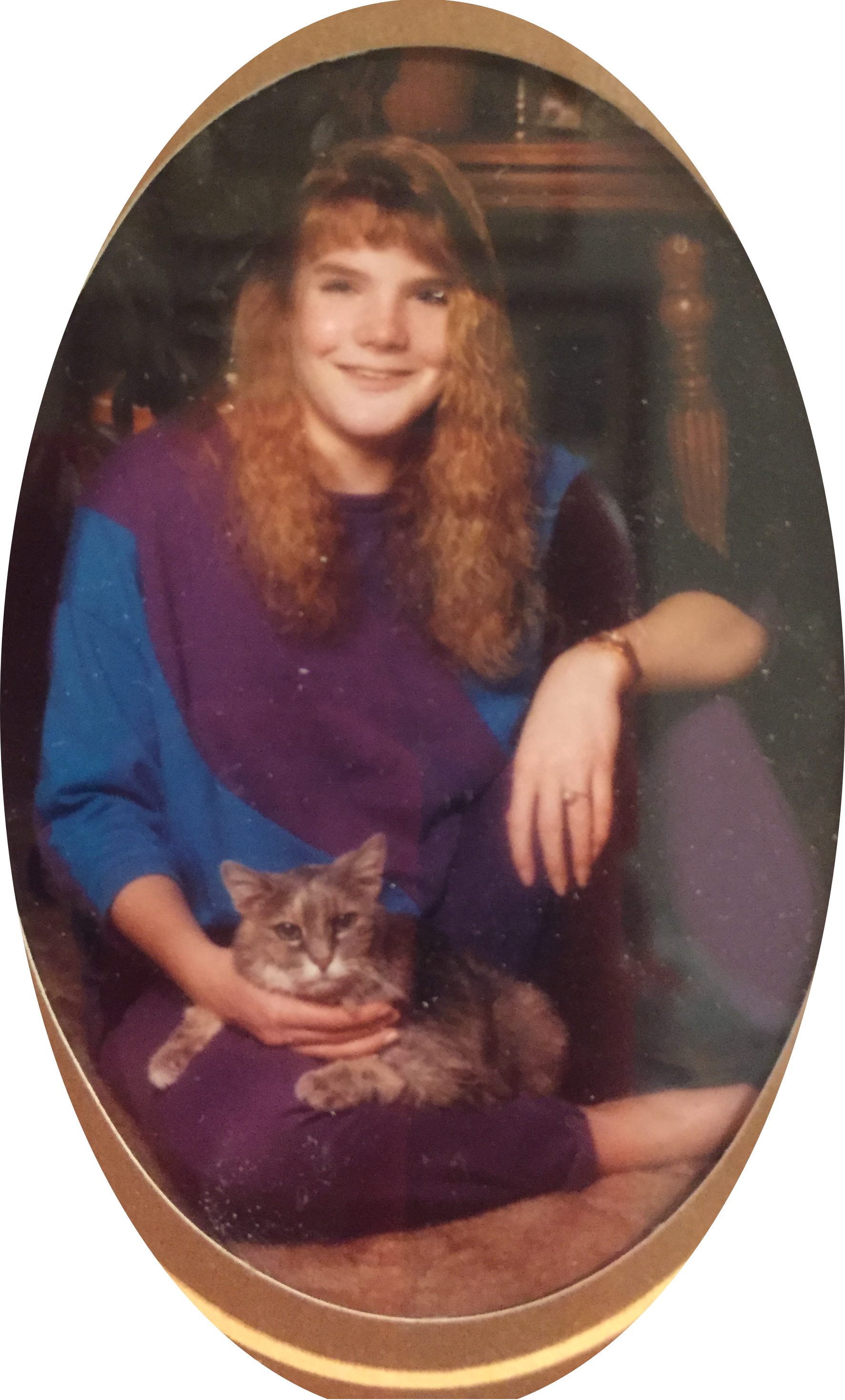 cancer came back and there was nothing the vet could do, short of amputation. Kerry wanted her senior picture taken with Frosty before we put her down. Frosty went over the rainbow January 18, 1992. She was three months shy of being 21!

Now we were pet-less, except for Chipper and Chris. Our house felt so empty without a dog or cat around. Yet, did we want to go through the pain of losing one again? It was as if our heart had been ripped in two whenever we lost a pet.

A few months after Frosty died, Curt called us, “I saw an advertisement in the paper for a West Highland Terrier. There is one left!” I called Rick and told him that I was going to check out a Westie puppy. Corey and I went to see her. 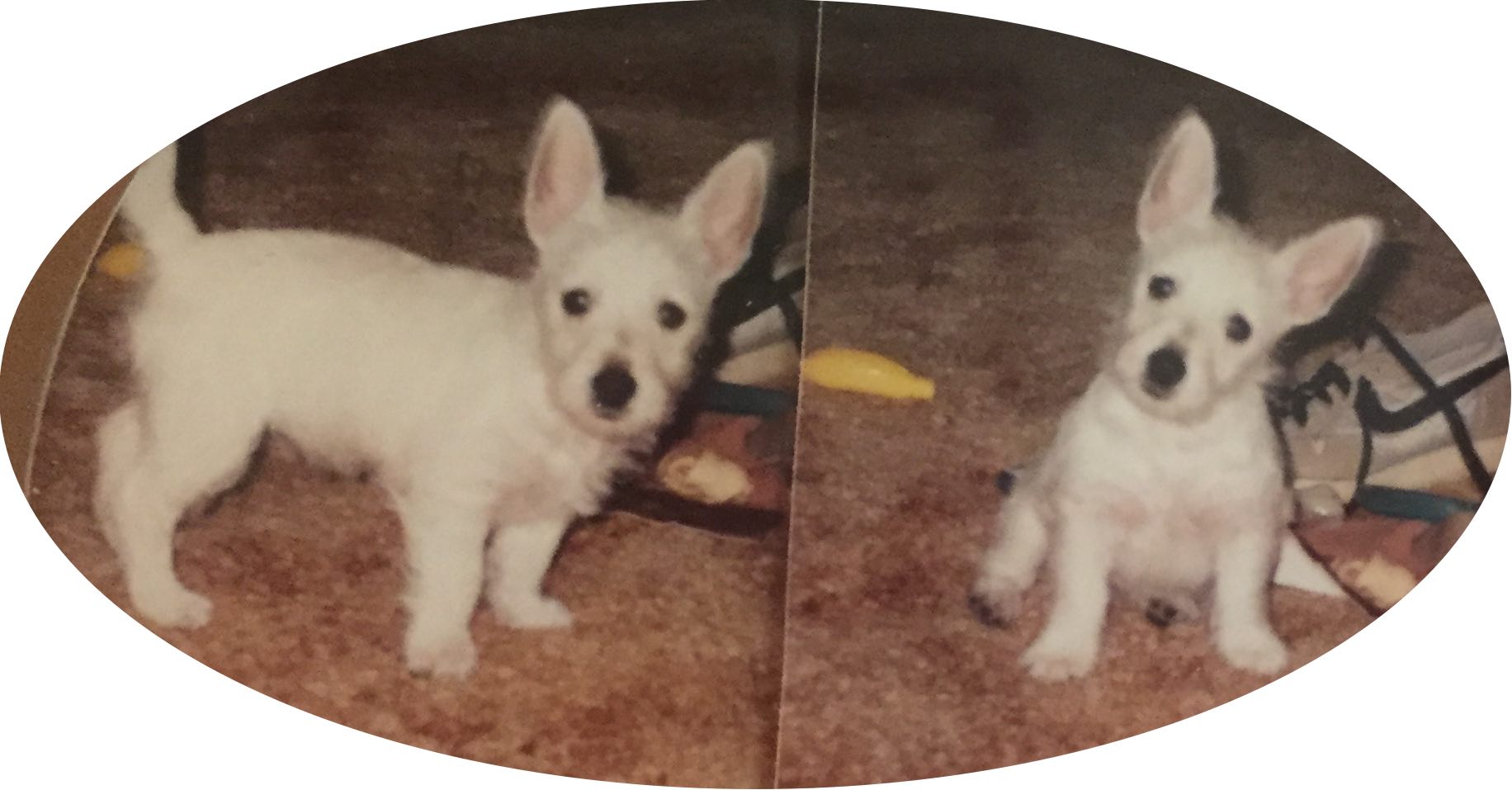 There was this little white fur ball sitting in a cage, and when she was let out she came bounding over and jumped into my lap. I was hooked. She was born on February 15, 1992, and came to live with us the first week of April 1992. We named her Caledonia Mae Spoolman, Callie for short. We always joked because her ears were larger than she was. I remember saying I would never pay for a dog, but pay I did. Callie was quite the character and always the center of attention. She used to get into the garbage and tip it over. Rick put a stop to that when our vet told him to put her in the garbage can and shake it. It worked!

She became friends with Jock (or maybe it was Laddie) Curt and Margaret’s Scottish Terrier. 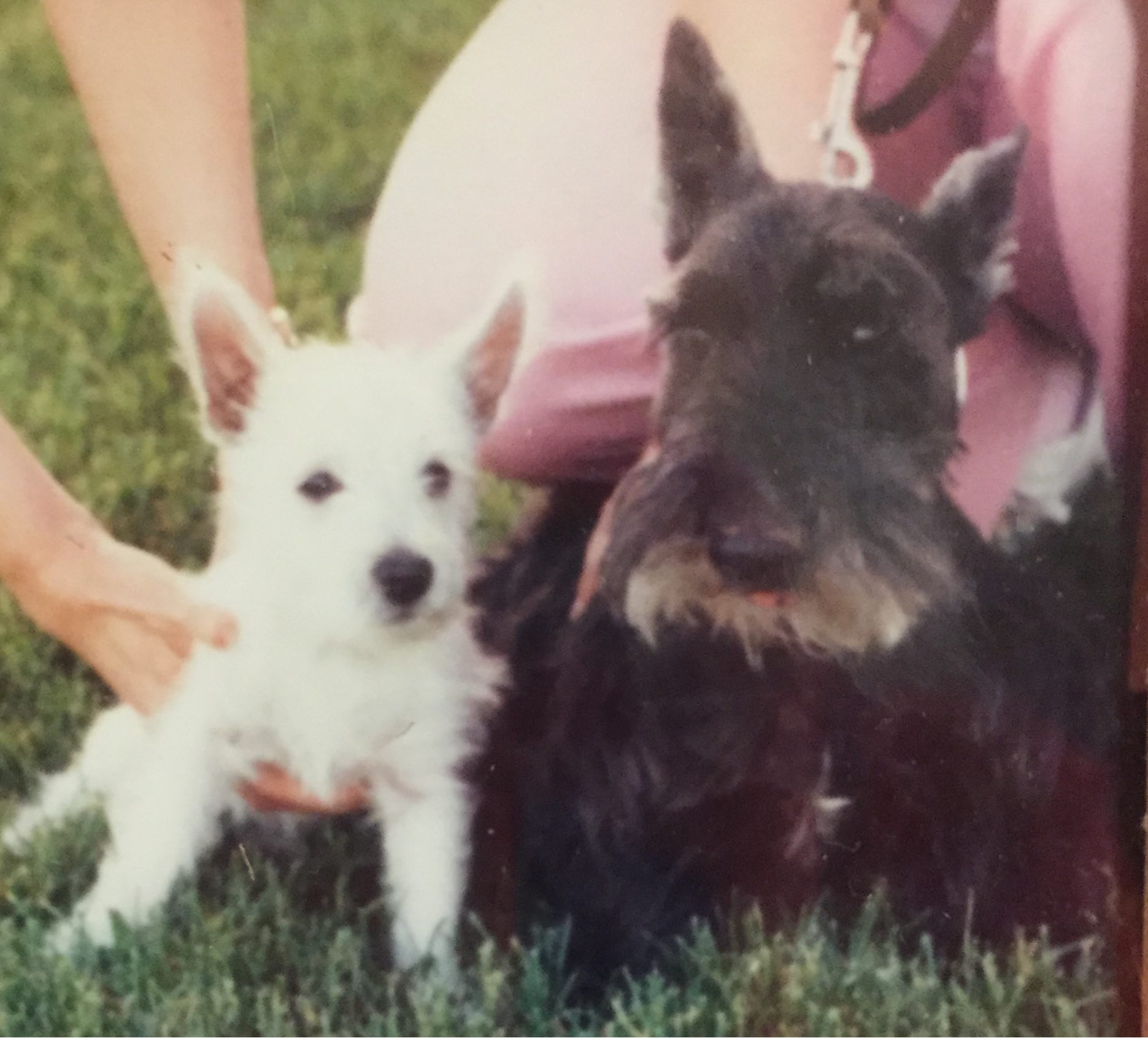 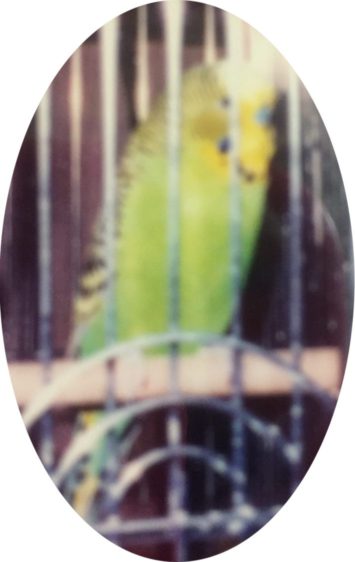 In September of 1997, we sold our house in Box Elder and moved to our current home in the Hills. It was further for us to drive to work, but we did not mind the drive.

We always felt bad leaving Callie home alone when we went to work. I had been toying with the idea that maybe we should get a companion for her. I happened to be at an SDAEOP conference in June 1999 when a friend heard me talking about it and said she knew there were some people who raised West Highland Terriers, and she gave me the number. I got back home and told Rick. That next Saturday, we took off for the eastern part of the state to check out another Westie.