When Rick called to say we were getting base housing, it was time for the kids, pets and me to leave WI. Off we go in 90º weather. Frosty, Dusty and Lady were good travelers.

As we went further west, it became hotter and hotter. We stopped often to give the dogs, and Frosty, a drink of water, and to sit in the shade. I remember the radio saying at one point the temperature was 105º. Our Aspen wagon did not have air conditioning. That was the last vehicle we ever owned that didn’t have air conditioning!

We lived for two years in base housing, then purchased a home in Box Elder in 1984. Yes, we still have our Frosty, Dusty, and Lady. Lady would get very upset when we started packing. It was odd as she would work herself into such a frenzy when Rick was not there, she would be panting, get sick, or do number two on the floor. Moving was just not her thing!

Over the years, whenever we went back home to WI, we always took Lady and Dusty with 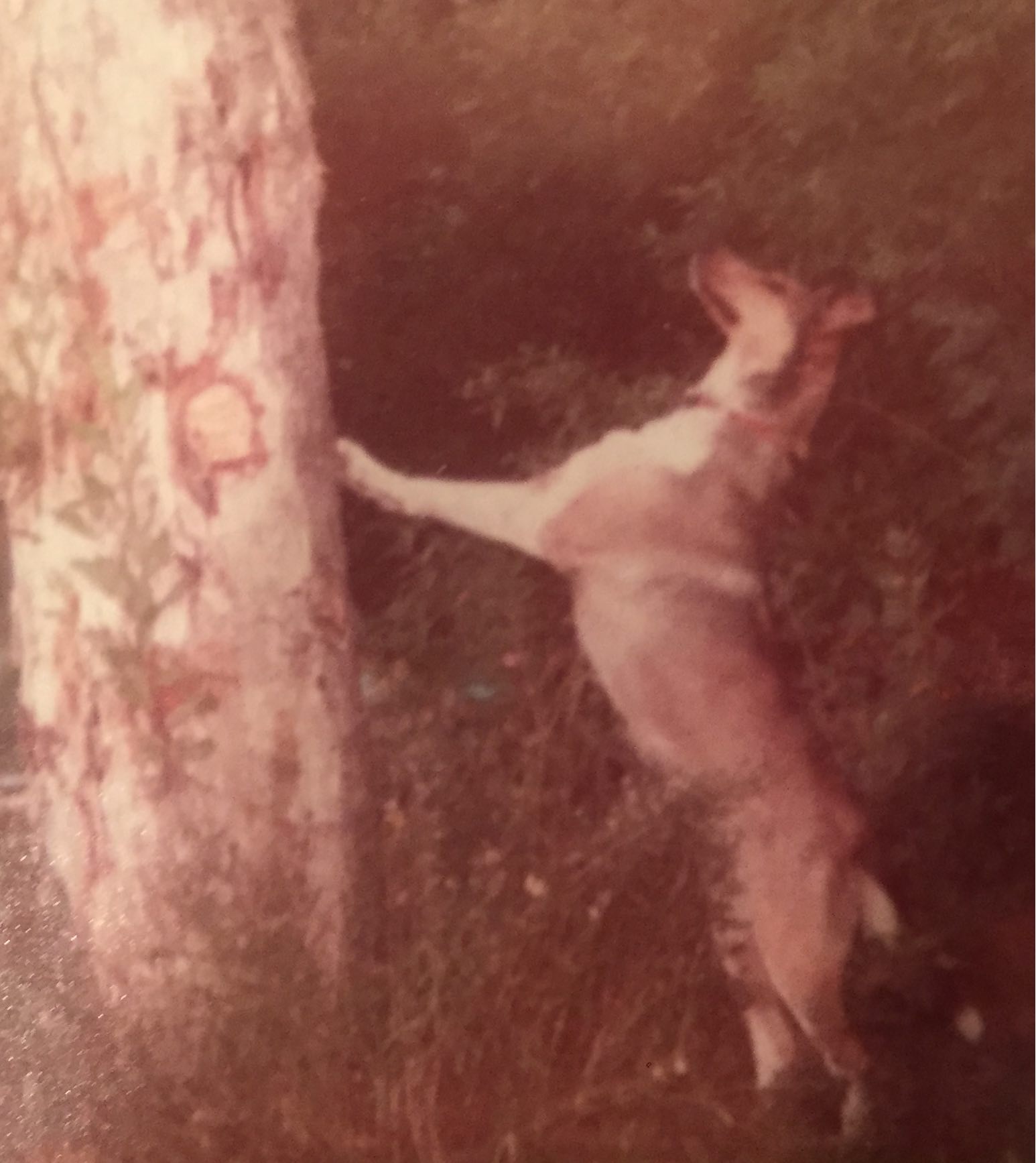 us. They never knew what a kennel was for many years. Frosty was quite content to stay at home and neighbors would come over to feed her.

Life is good, and our pets thrive. In 1985, we decided to get Corey a parakeet. He wanted one for his birthday. I remember the pet store was on Mt. Rushmore Rd and I 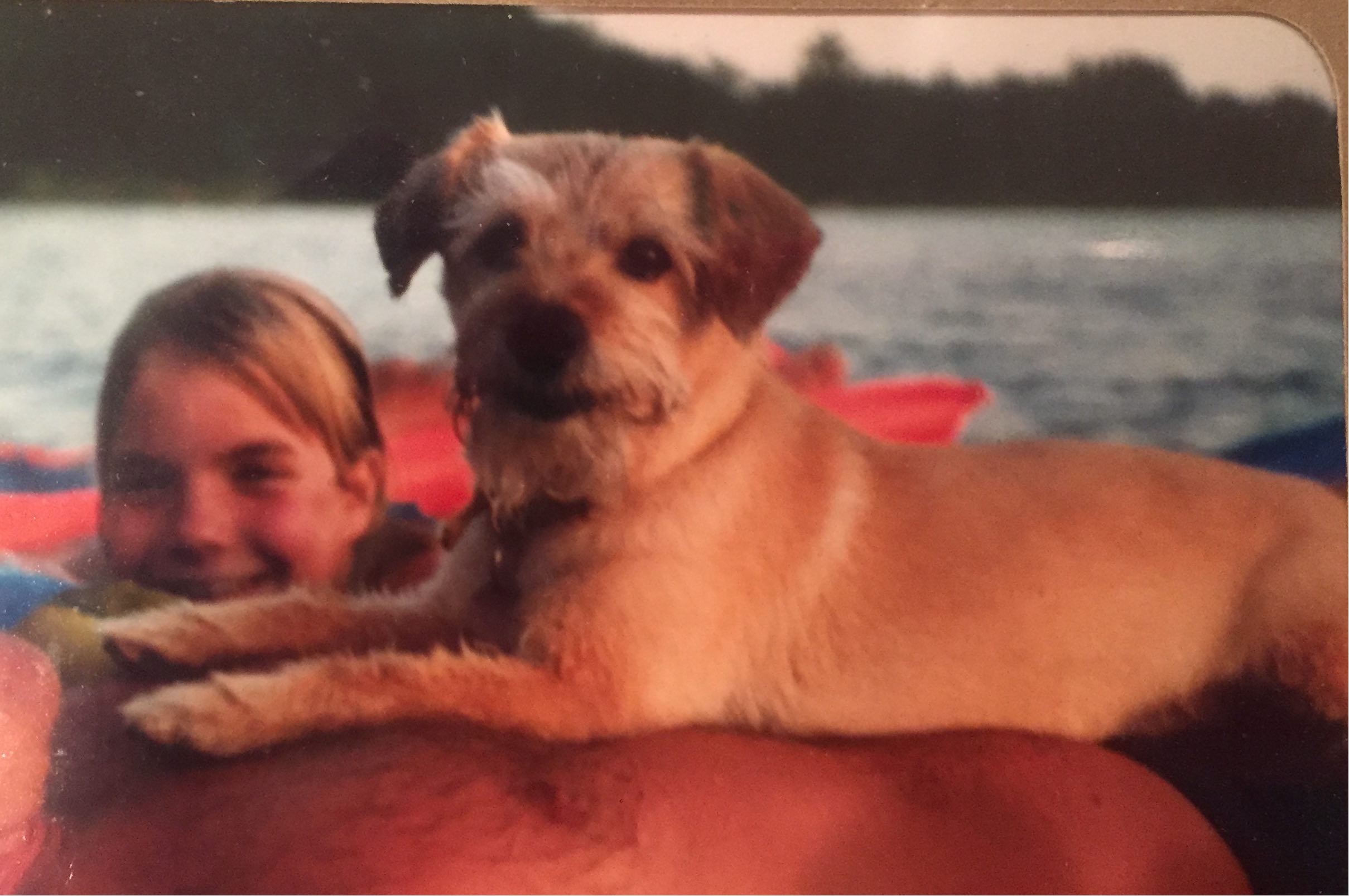 They loved being free. Most of the time they were in Corey’s room downstairs, and 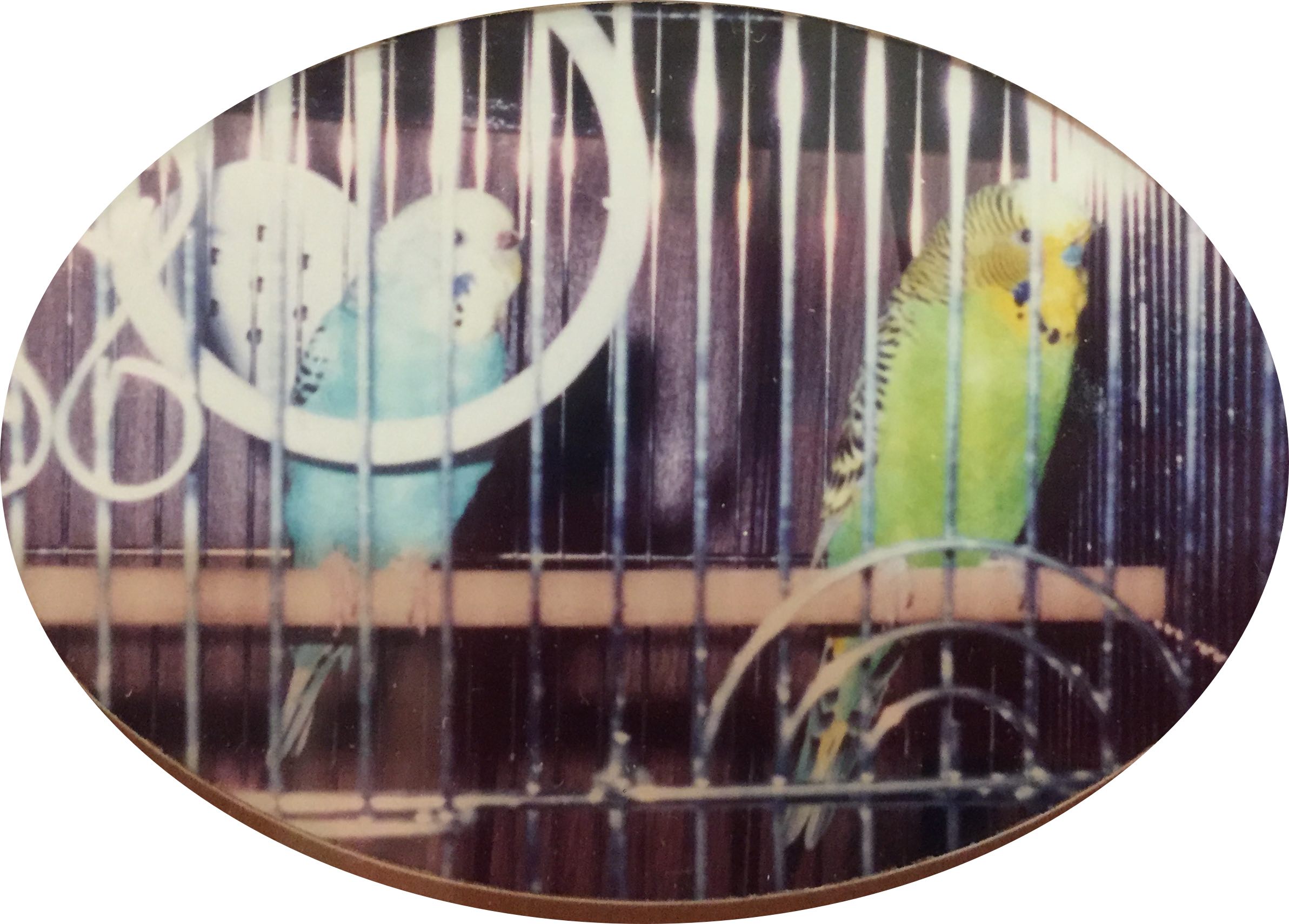 they  would go in their cage at night all by themselves. Corey had a ‘basketball hoop ceiling light,’ and Chipper and Chris always sat up there during the day. We put a sheet of plastic on the floor, under the hoop, and it was Corey’s duty to keep it clean, which he did fairly well. Our  house was all electric, and Corey’s room was the only room that we kept the heat on, as we could not afford it in all the other rooms. We had a wood burner, and later a pellet stove. Neither the wood burner nor the pellet stove produced enough heat for the birds, especially when we were at work.

I recall one time the birds were left upstairs, sitting on the philodendron plant. (Yes, they loved to chew on the leaves! They never got sick from it.) We had vines all over. We came home from the store to find feathers all over the place! We couldn’t find Chipper. Chris was sitting on the philodendron plant vines, but no sign of Chipper. We heard this loud cheeping sound from the kitchen. It came from behind the stove. How he ever got there is beyond me. Frosty was sitting in the living room as if obvious to all the noise. When we got Chipper out, all of his tail feathers were gone. Obviously Frosty had pulled all of them out. He was lucky to still be alive.